India is a country with large population and rapidly growing economy. It has become the need of hour that we start using energy resources that are clean and reliable. India lies in the region of high solar insulations. The country nearly observes 300 clear sunny days. The annual mean daily global solar radiation in the range of 4-6 kwh/m2/day.

Rooftop power stations use has become more common in the recent years. We now find many households, residential towns, hotels, using these rooftop power stations. Jawaharlal Nehru National Solar Mission is planning to install these rooftop photovoltaic systems having a combined capacity of 100GW by the year 2022. The basic aim of this mission is to enable solar technology environment in India, both at centralized and decentralized level.

Solar Energy Companies in India are rapidly growing and trying to spread the awareness about the feasibility and utility of solar panels in India as the most energy efficient and cost saving option.

What is a rooftop power station?A rooftop power station is simply a photovoltaic system having electricity generating solar panels being mounted on the top of the roofs of commercial buildings and residences. It contains the semiconductor material that absorbs the sunlight to generate electricity through the phenomenon of “photoelectric effect”.  Photovoltaic modules, solar inverters, cables and some electrical accessories form the components of a rooftop photovoltaic system. Systems that are installed over the residences have a capacity in the range 5-20KW whereas those installed over the commercial buildings ranges up to 100 KW. Rooftop Solar for Industries is a boon to the manufacturing industries and is considered as one of the most efficient solar energy system.

Rooftops are seen as a potential space for generating the solar energy. Certain aspects need to be taken care of while installing these rooftop photovoltaic systems. These include:

The individuals and small groups of clients will be helped out by following channel partners to use the benefits ofJawaharlal Nehru National Solar Missionprogram.

Under MNRE, banks are providing loans on lowest EMIs to the commercial buildings, housing societies and residences for installing the rooftop solar projects. KOR Energy is also helping in Mergers & Acquisitions and Financing for Solar Projects in India. We take care of all the services right from Project Documentation, Forms, Applications and Project Commissioning. 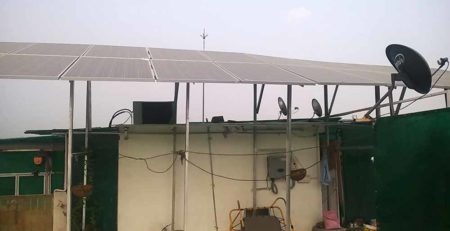 Sunlight is the largest source of the energy which the earth receives. Solar energy is increasingly becoming popular because... read more